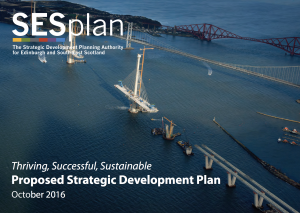 There is a new Proposed Strategic Development Plan was approved for publication at the SESplan Joint Committee on 20 June 2016. All SESplan member authorities have now ratified that decision.

The period where you can submit representations on the plan will start on 13 October and end six weeks later at 5pm on 24 November. The Proposed Plan and all supporting documents are available to download now on the Proposed Plan 2016 page.

You can raise any concerns or suggestions here: http://sesplan-consult.objective.co.uk/portal/proposedplan16

All our meetings are open to the general public who live within the Community Council boundary.

Meetings are held on the LAST Wednesday of each month (except July & December). For the time being meetings are being held online, starting at 7pm. We'll aim to post a meeting link about a fortnight beforehand. When the world gets back to normal, we will resume meeting in the Tollcross Community Centre 6.45 - 8.45pm.